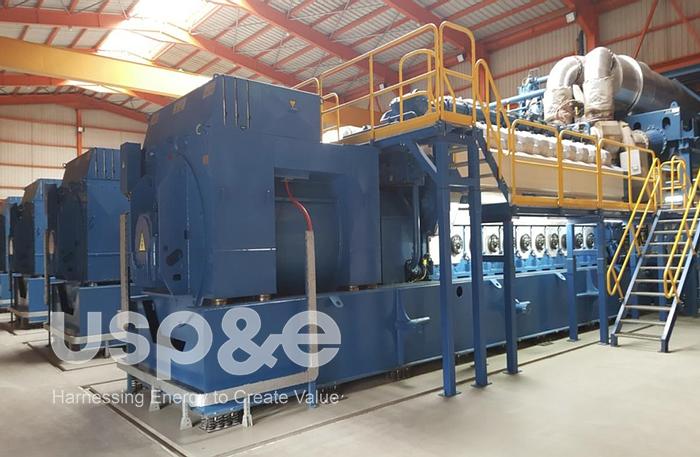  The electrical generation capacity of the Power Plant is 43 MWe

 There are 4 pieces of 9.73 MWe Wartsila (Finland) Natural Gas operated Engines at the Power

Plant and 1 piece of 4.2 MWe Triveni steam turbine, which is driven with the steam produced by

 The Power Plant has been operation since August 2010. The first stage is taken to operation with

 The fourth Genset has been operational since January 2015. The working hours of this engine is

 Steam Turbine Genset has been operational since November 2015. The working hours of this

are done under OEM warranty.

Turbine and cooling tower have started. The Power Plant has operated since November 2015 as

Combined Cycle PP after commissioning of those equipment.

 The alternators of the Genset’s are 11KV.